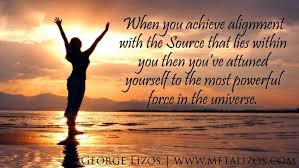 The day I put my dog down.

What a sad day that was. There is nothing fake here, this is 100% a true story;

Really it was no joke. My ex had let my old dog deteriorate to the point of she could barely open her mouth to drink or eat.

What happened was she got a boil on her lip. Instead of taking my old dog into the vet to get it lanced and fixed, she let it go.

She didn’t care much about the animals I left behind. You see, when we split I moved to an apartment that allowed no pets. Before you think I’m a real dumb sob, I left them there with my 2 kids and my ex.

There was no reason to think they’d be abused. I guess I was wrong.

The dog, whose name was Sable, was a purebred boxer. Very nice and quiet. Tamer than you’d imagine.

She would never hurt anyone.

The people (person; my ex) that should have taken care of her, didn’t and for that, I was very sad. I kept asking her to take Sable to the vet to get that looked at.

Near the final days, my son said he’d have to spoon feed her and give her water by hand. She had lost so much weight. She looked like a starved creature; all skin and bones.

Finally, since my ex wasn’t doing anything, and she actually had the gall to ask me to take care of it.

The optimum word of “it” was she wanted me to take her in to be put down. She couldn’t be bothered. She had a “girls weekend” away floating on the river. You know, drinking and smoking and floating.

Yet, the dog that she actually wanted to keep after the first boxer had a litter, she was throwing out like yesterday’s trash. Didn’t even want to go to have her put down.

That happened to be my weekend with the kids. My son, who was like 14 or 15 at the time had to come with me to the vet.  The vet said there wasn’t much they could do but could have done something if we’d gotten the boil on her lip lanced; like 4 months earlier when it first appeared.

Think about that. Four months had passed and my ex refused to do the right thing. The one easy thing that could have saved Sable’s life.

It likely prolonged her life a few years even. It was too late now for any of that. It was time for the vet to let us say our goodbyes.

Let it be known, everyone cried that afternoon. Myself, my son, and the vet. Just because the ex was too selfish and lazy to do the one thing that could have saved her life. Prolonged it. She didn’t want to be bothered.

Just like my old cat that passed the year after, she’d rather just focus on the new mutt she picked up. The one that eventually scared my cat from being inside to living one last harsh winter.

Now it’s turning to winter, as it always does at this time of the year. You can make it a not so bad winter earning online. But you need to set up a passive stream of income.

This is the good thing that I’ve been telling you about.

It’s really great training and a tool to get you started with a winning system. In fact, my buddy Dangerous Dan said it was the easiest few minutes he ever spent setting up his new passive income stream.

Now I could go on and on about this.

You either are done right now, or you are about to make your life so much better;